SCI, Singapore headed by Mr. Vick Aggarwala has been in high technology electronics components and LED lighting business for the past 9 years. SCI has been recently awarded the prestigious SME 500 which represents 2% of the top performing companies in Singapore.

“IK Semicon is pleased to appoint SCI, Singapore as their authorized exclusive distributor for their entire product range. With their extensive customer base, experience and product knowledge SCI has the best resources to significantly increase market share in the Asean region.” said Mr. KD Yoon, CEO of IK Semicon.

IK Semicon has developed many innovative products including the “Resistive earth leakage current detectors” which will significantly increase the reliability of the present ground fault interrupter.

“IK Semicon has always focused on delivering quality products at very short lead times. We are very proud to have been appointed their authorized distributor for South East Asian countries that include Singapore, Malaysia, Thailand, India, Pakistan, Indonesia Philippines and Vietnam” said the President of SCI Mr. Vick Aggarwala who is a veteran in the electronics business for more than 34 years.

IK Semicon Co., Ltd founded in 1997 has 14 sales offices in 9 countries. It is one of the most innovative professional semiconductor companies in Korea. IK Semicon provides complete semiconductor design and manufacturing solution to customers in the field of Analog & Mixed Signal ICs.

IK has set up their own R&D House in 2005. On the basis of the superior human resources and extensive experience in designing, IK Semicon supports customers to succeed in their business by supplying all solutions in design IC meeting customers’ requirements.

IK Semicon will remain close to the lives of the customer and promise to take a step forward with the customers.

SCI is a High technology Electronic component distributor serving customers worldwide since 2001. It is a franchised Distributor of many top range semiconductor and LED Lighting manufacturers like CITIZEN, Isocom, Chiplus, and Rochester.

SCI has also been ranked among the top 500 SME’s of Singapore in the Year 2008. SCI is headed by its president Mr. Vick who has more than 34 years of experience in the electronics industry. Mr.Vick has been with Future as their Vice President, with Alcatel Microelectronics as its VP and Director, and with Nu Horizons as its Asia pacific President. 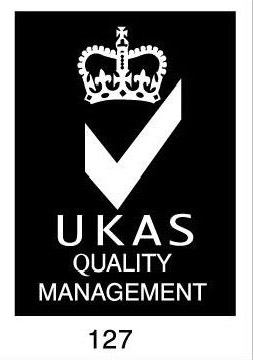